NEWSLETTER
No Result
View All Result

A Beautiful Woman Attracts the Attention of Black Soldiers from Angola

Once upon a time, somewhere in the northern part of the Portuguese island of Timor, there was a beautiful woman named Noimeta, who lived with her mother, and her family in a very remote village.

However, with the charming smile that was on the pretty innocent cheek, and also the alumni of the teacher training school at that time, finally attracted the attention of a handsome army man, from Portugal – Angola, because at that time, it was still a Portuguese colony.

Based on the story told, the first time the army visited the place, on the basis of state duties. However, the romance of the soldier, began to exist in the fantastic woman.

On the first day of their meeting, everything was as usual, but on the second day, the black-haired man was eager to convey the love in his innocent heart for the beauty.

Whatever the power, how happy the long-haired woman’s heart was, welcoming the greetings that were whispered directly by the brave soldiers at a meeting.

In Portuguese a warm tone that reads “O beautiful lady, will you accept me, to be your ideal partner. I promise to make you happy and swear to stay with you for the rest of my life.”

After hearing the contents of the heart, the beautiful woman, voiced “Okay I agree with your request.”

Day by day, their love blossomed. They are about to get married, but with a new arrival, from a white Portuguese dignitary, seeing the woman accidentally make a special offer for the second time for the woman. In the end, it was accepted.

However, deeply disappointed in the soldiers, finally delivered a letter of sudden transfer to return to Angola, his native land.

Finally, the decision of the highest command, was willing to repatriate the easy soldier, along with two indigenous Timorese sons, to new assignments in Angola, at that time.

Finally, during a war in Angola, Noimeta’s first love died, in a landmine tragedy. *****Over. 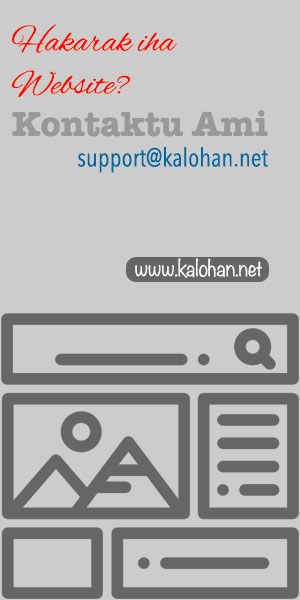